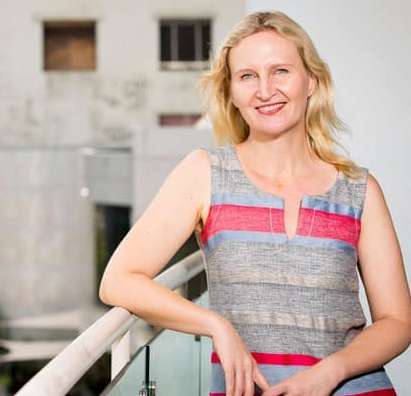 Dr Rachael Rodgers is committed to providing the best possible care for each individual who attends her practice. She takes the time to clearly explain all available fertility options (conservative, medical, IVF or surgical), empowering patients to make informed decisions about their fertility care. Her kind and friendly approach is backed by her extensive knowledge and strong academic background. Rachael is currently completing her PhD in fertility preservation at the University of NSW where she works closely with internationally recognised researchers.

Having developed a strong interest in women’s health and fertility during her medical studies, Rachael concurrently enrolled in a Master of Science in Medicine (Reproductive Health and Human Genetics) during the final year of her medical degree, and completed this course in 2009 when she was a resident at Royal North Shore Hospital. Rachael is currently completing her PhD at the University of NSW.

Concurrently with her final year of year of specialist FRANZCOG training, Rachael commenced sub-speciality training program in Reproductive Endocrinology and Infertility (CREI). Rachael spent the next three years progressing through her sub-specialty training at the Royal Hospital for Women where she gained extensive experience in the area of fertility preservation.

The primary focus of Rachael’s practice is fertility. Whilst her training has provided her with excellent experience and knowledge across all areas of fertility and reproductive endocrinology, her area of particular interest is fertility preservation. In 2017, Rachael published an article relating to the safety and efficacy of fertility preservation in women with breast cancer in the internationally recognised journal Human Reproduction. She has also presented at both a national and international level in the area of gynaecology and fertility.

Rachael has rooms at:

All About Egg Donation

Fertility: A Public or Private Concern?